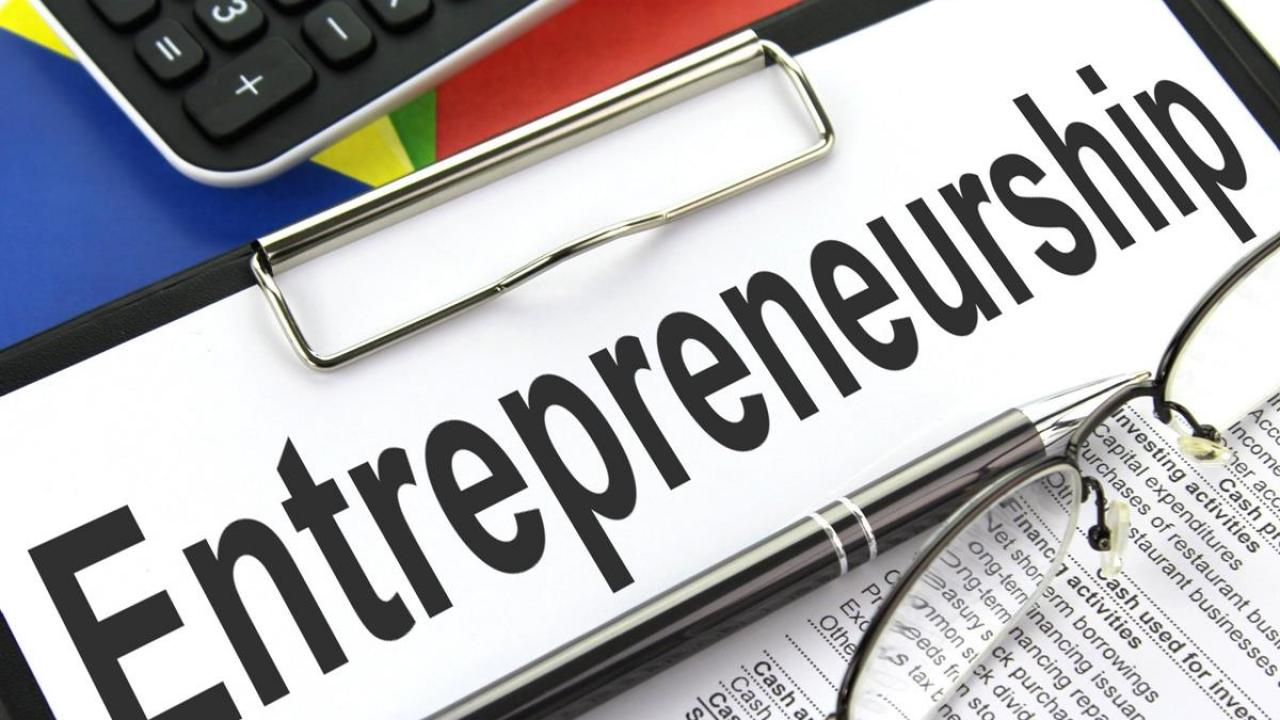 Despite the plethora of programmes and initiatives to spur entrepreneurship, there is a lack of coordination at the policy level in most African countries, which limits the positive impact such interventions may otherwise have had. While one government agency may be responsible for promoting entrepreneurship, another agency of the same government rolls out miles and miles of red tape which hinders the same entrepreneur government mandated the first agency to support. Policies are drafted by government ministries without sufficient interaction and coordination with other ministries. Often, overlaps and inefficiency are the outcomes, leaving the entrepreneur stranded! Daniel Isenberg’s 2010 article on How to start an Entrepreneurial Revolution, published in the Harvard Business Review, gives us some clues on how to go about achieving this objective. First is to realize that there is no magic formula or prescription, only “practical, if imperfect, road maps”. Some of the recommendations include shaping the ecosystem around local conditions, engaging the private sector from the start, celebrating successes, favouring high potential businesses (as they have the capacity to create more jobs), reinforcing and building on existing clusters rather than attempting to create entirely new ones, tackling cultural change head-on and reforming legal and regulatory frameworks.

We need to develop an ecosystem which is supportive to entrepreneurship and which ensures that the policy dissonance we currently witness is corrected and we begin to harmonize different policies and programmes. India offers us a good example of how to go about this. Faced with the challenge of creating jobs for 500 million people over the next 10 years, the Government of India has created the Ministry of Skills Development and Entrepreneurship, which coordinates the government’s entire policy and programme interventions in the job creation space. It also recognizes the crucial handshake that exists between skills development and job creation, which we do not seem to have realized yet. More on this later.

Secondly, there are systemic challenges in African economies which substantially increases the barriers to entry or success in entrepreneurial ventures. Perhaps the biggest challenge here is the epileptic power supply in most of the countries in Africa. The heart-breaking occurrence of Africans risking their lives to cross the Sahel desert and Mediterranean Sea in search of options in Europe may not occur if we have stable electricity supply as there will be more economic opportunities in our economies. I wish we could make all public office holders in Africa learn to say the word Lampedusa every day. It is the name of an Italian town that is the first destination of our African migrants to Europe. Unfortunately, many have perished either during the dangerous trek through the Sahel or the equally dangerous sea crossing.

The second systemic challenge we have to deal with urgently is the mismatch between skills demand and supply in the economy. African economies recorded growth in spite of the financial crisis of 2007-2008, but the growth was “jobless”. In effect, we recorded an annual growth of between 3-7% growth in African economies but did not record a corresponding increase in new job opportunities. Our educational institutions are not producing the skills required in the market place. It is crucial that we start to identify future skill requirements and train manpower to fill the gaps. Consider this; why should we have 60% of the uncultivated arable land in the whole wide world and still be importing food when we should be producing for export? This distortion is due in part to the lack of skills in the economy to participate fully in the agricultural value chain, from the adoption of modern farming methods to agro processing.

Another skills development imperative is for us to prioritize entrepreneurship education. If we wait till tertiary education level, as most African governments appear to have done, it is probably too late by then. Ideally, this should be a no-brainer. If we realize as we do, that we need to promote a thriving culture of entrepreneurship to create job opportunities, we should give priority to entrepreneurship education. This is underscored by the established fact that the SME sector accounts for between 60-80% of total employment in the economy of most African countries. If that is where jobs will come from, surely we should do everything possible to promote entrepreneurship?  Therefore, we have to mainstream entrepreneurship into every level of education. While Africans do have an enterprising spirit, they also need support, coaching and training to spot opportunities, know how to convert those opportunities into business ventures and how to grow businesses. This is particularly crucial in today’s economy, where technology is disrupting existing business models and disintermediating many players in the twinkle of an eye.

Refocusing our economic development agenda is the third crucial systemic challenge. With the exception of a few countries like Morocco, Egypt and South Africa, most African countries operate rent seeking, consumption driven and import dependent economies. Rwanda is a bright spot in this firmament, however. With a long term strategy, the right policies in place and a clear focus on priority sectors, the land-locked country is on its way to replicating the Singaporean economic miracle in Africa. With the high number of jobs we urgently need to create in Africa, no country can afford to continue exporting raw commodities and importing everything else. The African Economic Outlook earlier referred to recognizes the drawback of this situation in stating that despite having the highest share in the world of adults starting and running new businesses, these are often “in sectors where productivity remains low”. We can attribute the cause to the fundamental distortions in the economies where there are low levels of industrial activity. This factor also partly accounts for the jobless growth we witnessed for several years, despite our economies growing annually. The growth in the economy was driven largely by sustained high prices of commodities in the international market. Getting our priorities right requires that we beneficiate our commodities so we can earn much more from them, and create opportunities for businesses to participate in the economy as a result. To move away from relying on importation, Africa requires a new industrialization strategy. It is difficult to expand the opportunities in an economy without increasing the level of manufacturing that is taking place. China went from being a country with 80% of its populace living below the poverty line in 1980 to one in which 84% were living above the poverty line in 2005 (a mere 25 years). This occurred largely through industrialization and producing for domestic consumption creating job opportunities and increasing purchasing power, which helped to lift more than 400 million people into the middle class. On the back of the expansion in domestic consumption, Chinese manufacturers became very competitive and started an export drive. China is now regarded as the “manufacturer to the world” Brazil lifted more than 35 million people from poverty and into the middle class within 10 years as a result of carefully targeted social welfare programmes and boosting industrial production and job creation through technical skills development. The Brazilian model of massive job creation has been recommended for Africa by the World Bank and other agencies.

One other critical area of focus is to ramp up spending on infrastructure on the continent. It is estimated that Africa requires an annual spend of $93 billion for years to come, to close the infrastructure deficit. As had been pointed out earlier, stable power supply is a huge challenge. For a continent of more than a billion people, the total electricity supply generated on the continent is lower than that of Spain, which has a population of 46 million. Roads and functional railways are crucial components which enable access to markets at cost effective rates. The infrastructure challenges contribute significantly to why the cost of locally produced goods is higher than the prices of imported costs, even with shipping and clearing charges added. If the business environment is not friendly, it is difficult for new businesses to survive or be competitive.

Truth be told; it will be simplistic for anyone to assume that public officials in Africa are unaware of these options. There is a political economy lens through which we have to examine the issue at hand. Different and often competing interests are often at play (or war?) in the policy making environment. Short term goals and political expediency get in the way of proper implementation. The theory of prebendalism propounded in 1987 by Richard Joseph to describe Nigeria’s second republic, in which office holders conflated personal desires and national priorities can describe what takes place in most of Africa. For countries which go through periodic cycles of electioneering, the challenge is worse. In a typical 4 year term, office holders spend the first year settling down and rewarding supporters and political jobbers, two years to figure out what to do and get started, and the last year preparing for the next election. No serious long term planning and economic reform can be carried out in this environment. But that is exactly what we require……long term planning, economic reform and fidelity in implementation.

I shudder to think of what may happen if we do not address this challenge in Africa. With the increasing restlessness of our youth population and growing disenchantment with a system they appear to have been locked out of, we are sitting on a keg of gunpowder. And it needs not be so. Our large youth population is a demographic liability because we have not done the right things for years, so the chickens are slowly coming home to roost. With political will, reform minded leaders, sensible policies and effective implementation; we can turn this liability into a demographic dividend. That is the right thing to do.