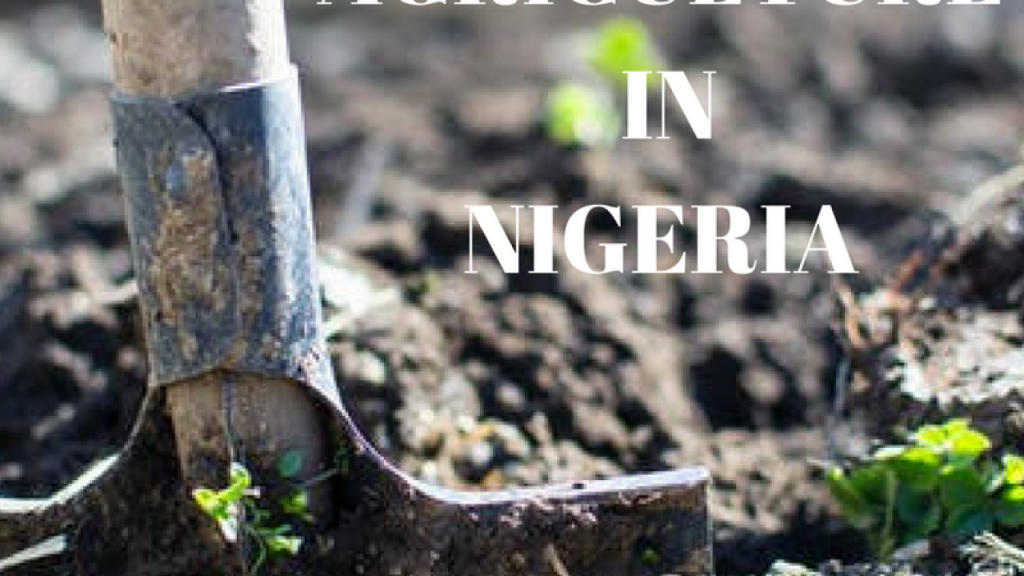 Nigeria is one of the largest countries in Africa, with a total geographical area of 923,768 square kilometers and an estimated population of about 167 million (NBS, 2014). Nigeria has a highly diversified agro ecological condition which makes possible the production of a wide range of agricultural products. Hence, agriculture constitutes one of the most important sectors of the economy. The sector is particularly important in terms of its employment generation and its contribution to Gross Domestic Product (GDP) and export revenue earnings.

Despite Nigeria’s endowment in agriculture resources, the sector is still growing at a very low rate. Nigeria has about 79 million hectares of arable land, of which 32 million hectares are cultivated. Over 90% of agricultural production is rain-fed. Smallholders, mostly subsistence producers account for 80% of all farm holdings. Both crop and livestock production remains below potentials. Inadequate access to and low uptake of high quality seeds, low fertilizer use and inefficient production systems lead to this shortfall. Nigeria’s food import bill has risen. The growing population is dependent on imported food staples, including rice, wheat and fish.

Agriculture as a development issue still remains a challenge for Nigeria’s. To address the challenge, Nigeria’s should encourage agri-business and supporting the large population of smallholders. This is critical to rural food security, social cohesion and poverty alleviation. As agricultural technology development and diffusion has stagnated, the sector continues to rely on labour for farm power. This stagnation is due to a lack of domestic innovation, especially in mechanization that is appropriate to the ecology. Farmers cannot afford the available equipment, and in turn there is a lack of local maintenance capacity.

Since the collapse of the oil boom of the 1970s, there has been a dramatic increase in the incidence and severity of poverty in Nigeria, arising in part from the dwindling performance of the agricultural sector where a preponderant majority of the poor are employed. Furthermore, poverty in Nigeria has been assuming wider dimensions, including household income poverty food poverty/insecurity, poor access to public services and infrastructure, unsanitary environment, illiteracy and ignorance, insecurity of life and property, poor governance and so on (NPC and UNICEF, 2001). In response to the dwindling performance of agriculture in the country, governments have, over the decades, initiated numerous policies and programs aimed at restoring the agricultural sector to its pride of place in the economy. But, has not had a significant success in the sector, due to the several persistent constraints inhibiting the performance of the sector.

From the perspective of sustainable agricultural growth and development in Nigeria, the most fundamental constraint is the peasant nature of the production system, with its low productivity, poor response to technology adoption strategies and poor returns on investment. It is recognized that agricultural commercialization and investment are the key strategies for promoting accelerated modernization, sustainable growth and development and, hence, poverty reduction in the sector. However, to attract investment into agriculture, it is imperative that those constraints inhibiting the performance of the sector are first identified with a view to unlocking them and creating a conducive investment climate in the sector.

Government policy should, more than in the past, consider environmental challenges and agricultural management practices, which hinge on input support, and land resource utilization, management and conservation. The central role of women in the agricultural economy needs to finally be recognized and reflected in the policies and measures that purport to buttress smallholders.